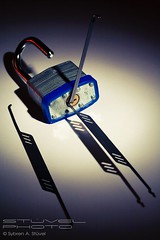 Python-RSA version 3.0 has been released. A lot of things have been improved:

Update: in the mean time 3.0.1 has been released, which removes an import of the "abc" module. This should make the code compatible with Python 2.5 again. All the documentation (including installation instructions) are the same as before.